From its inception, Chrome’s core principles have been the four S’s: speed, security, stability, and simplicity. Those principles guide us in the way we build Chrome. The first S—speed—is what has driven us to make Chrome one of the most performant browsers out there, and we are constantly finding ways to improve.

Enterprise environments often have their own requirements when it comes to performance. In virtualized environments, where a lot of machine resources are shared, having a light footprint is key. Similarly, if your organization is using older hardware, you’ll need to make sure those resources are used as efficiently as possible. Even in environments that are less resource-restricted, you may have some power users who need to have lots of tabs open at the same time—they’ll want their browser to keep up. Here are some of the ways Chrome is optimizing browser performance, and some of the tools we provide to admins to fine-tune resource usage in environments that need it most.

One of Chrome’s great advantages is its multi-process architecture. Not only does that allow Chrome to keep going in situations where a single-threaded browser would have gotten stuck waiting for a task to complete, it also enhances security through Site Isolation. Chrome also tries to keep what a user is working on in memory so they can get back to it as quickly as possible. We don’t want users to be slowed down when there’s memory sitting idle on a device that could be used to make things faster.

In recent releases of Chrome, there have been a variety of optimizations introduced to Chrome as part of our ongoing commitment to keeping Chrome super-fast and performant:

Beyond the performance improvements that Chrome is making, enterprises can use policies to implement further improvements. Just note that each change has its own trade-offs, and defaults should only be changed after evaluation by an organization.

This can provide significant CPU and battery savings as detailed in this document. Note that this can break some functionality on some websites by causing certain actions to be delayed. A full restart is needed to ensure that all loaded tabs receive a consistent policy setting.

Chrome has evolved numerous times since its launch and is continually being improved for better performance and user experience. Please check out the enterprise release notes (or sign up to have them delivered to your inbox) for updates on future performance improvements. 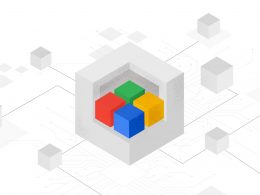 Announcing Filestore Enterprise, For Your Most Demanding Apps

As more organizations move to Google Cloud, they need to consider their storage architecture—particularly for applications that they… 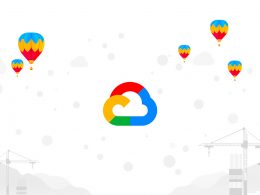 As part of our commitment to supporting pioneering research globally, Google Cloud is proud to announce that its…