Database migration to a new database platform or technology can be daunting for various reasons. One of the common concerns is database performance. It is hard to evaluate database performance early in the evaluation cycle without performing actual data migration and application changes. This becomes even more important in the case of Cloud Spanner where modernization is required at both the database and application layers.

Creating the schema for Cloud Spanner

You can use the following tools to generate a schema for Cloud Spanner if you are migrating from the following source databases. Alternatively, you can model the schema manually. Schema design has a huge performance impact, hence it is recommended to review the schema very carefully.

Note: Manual review and tuning of schema will be needed to optimize and mitigate potential hotspots. You will need to keep in mind schema design best practices when modeling your schema.

Performance of a database depends on the amount of data present. Existing data (and indexes) determines how much data is scanned on select queries and therefore performance. Hence, it is important to seed data into Cloud Spanner before performance testing.

For most realistic results, data should be migrated from an existing production source. Sometimes you cannot do that due to schema changes. One way is to utilize a custom ETL job to export and transform data and then import into Cloud Spanner. Another alternative could be to mock seed data using JMeter(More details in later sections).

JMeter will interact with Cloud Spanner just like your application. It will perform DML operations the same way as your application does. Hence, tests need to simulate production like transactions. For example if a transaction is made up of insert and/or update statements in several tables within transaction boundaries then JMeter should mimic the same.

JMeter has the following hierarchy:

Test plan is a top level component. It can contain global properties and libraries (like jdbc driver etc).

Thread Group(s) are representative of a database transaction. It contains one or more sampler(s). All the samplers within a thread group execute serially.

Sampler(s) should represent a single DML call. If your transaction needs to have multiple dml calls, you should create multiple samplers. Typically you will use JDBC Sampler for database calls. You can also use JSR 223 Sampler as described here, in case you need to use mutations or parallel reads etc. Results from one sampler can be passed to the next, as in real world application.

JMeter should be executed via command line, it is a CPU intensive application so make sure you have allocated enough resources on the VM.

Refer to the Cloud Spanner monitoring dashboard to ensure that your Cloud Spanner instance’s CPU utilization is at or below the recommended values. In addition, use introspection tools to investigate performance issues with your database.

You might need to optimize your queries (add indexes) and re-execute tests in multiple waves to tune the performance as needed. 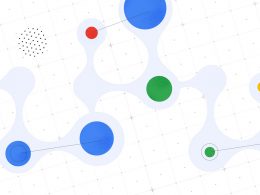 HTTP/3 Gets Your Content There QUIC, With Cloud CDN And Load Balancing

When it comes to the performance of internet-facing applications, HTTP/3 is no small step over HTTP/2: Google’s own roll-out…

Struggling To Fix Kubernetes Over-Provisioning? GKE Has You Covered!

Cost optimization is one of the leading initiatives, challenges, and sources of effort for teams adopting public cloud1—especially… 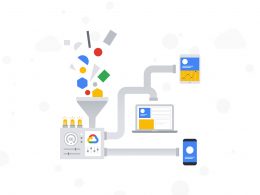 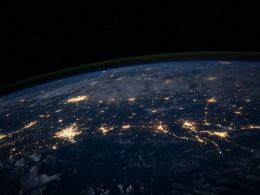 What Is Cloud CDN And How Does It Work?

No matter what your app or website does, chances are that your users are distributed across various locations…